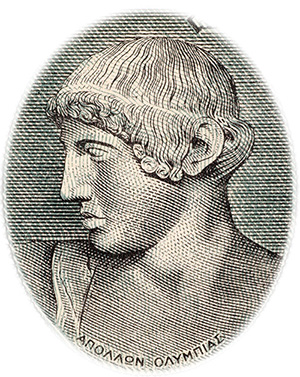 Holly Gregerson spent a year in the dorms at the University of Minnesota, and didn’t have the easiest time meeting people. After all, being tossed into a sea of 50,000 students can be more than a little intimidating.

So after that first year, she decided to take a look at the Greek system. After joining Alpha Phi sorority, she found that it enhanced her college experience in many ways: “I wish I would have joined earlier because I have met people so much faster by being in a sorority.”

On the other hand, R.J. Altergott took one look at the Greek system at the University of Minnesota and found that it wasn’t right for him. “I had already formed a good group of friends in the dorms and they weren’t in the Greek system,” Altergott said. “It seemed like (the fraternity) was a selective group and the money was a problem.”

Adapting socially to college life can be one of the toughest adjustments. Fraternities and sororities may seem like one of the easiest ways to make new friends and get involved. But how are you supposed to know if joining one is the right move for you?

Living in a Greek house
Tyson Roberts had 75 in his Delta Upsilon fraternity house at the University of Missouri-Columbia and found the experience to be downright chaotic.

But Roberts will tell you that the chaos has its ups and downs. “Sometimes when you need your own space, you just can’t have it ’cause there’s always something going on—which is both good and bad,” he said. “When you live with 75 people, there’s always someone who will go out and have a good time with you or who you can study with.”

Katie Nielson, a member of Kappa Alpha Theta at the University of Wisconsin-Madison, found the constant companionship to be too much: “You feel like you’re doing this all the time, and it can be overwhelming.”

Easing the transition
When Scott Cannon moved from Pennsylvania to Stanford University in California, he joined Sigma Nu fraternity and found fraternity life helped him ease the transition.

Cannon found fraternity events to be a good way to meet people. His fraternity hosts a formal dance and participates in activities with other Greek chapters, which he said provides “the opportunity to get to know girls in a relaxed environment.”

But some have found that Greek social life presents challenges.

“It limits your amount of friends to a certain group,” said Angie Nutzman, an ex-sorority member at the University of Minnesota. “It’s kind of cliquey and ... everyone is in the same mindset.”

Nutzman also found it difficult to attend mandatory house activities. “It has its highs and lows just as any group of friends does,” she said. “People fight, roommates take your clothes, and you are pressured into doing things you don’t have time for. It’s not like a fairy tale.”

The social scene
On any weekend at a large campus, you can find a fraternity house packed with people. Every party has what outsiders perceive as the “all-inclusive list” that regulates who can come in. While other Greek members can usually find a way onto the list, for those outside of the Greek system it can be a bit more challenging. “There is no way really that you can get into a frat party unless you know someone there,” Altergott said.

This “invite only” process may seem selective, but “It’s not a ‘who’s who,’ ” Gregerson said. “Lists stem from the people above them (the Interfraternity Council) to know who’s at the party and to maintain a safe environment.” Fraternities and sororities may seem exclusive, but if you can look past the cluttered porch, you may find you like what goes on inside.

“It has nothing to do with how cool you are, how successful you are or how good looking you are. It’s really about a group of guys and how well you fit in there,” Cannon said.