A moving target: Where will the jobs be? 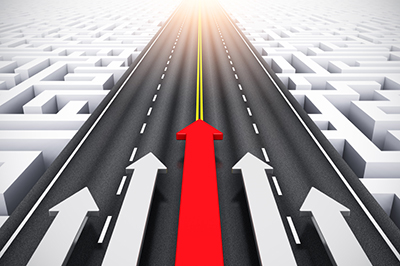 From STEM careers to healthcare, dental hygienist to translator, the hot jobs of the near future are the subject of study and projection from all players in the economy: schools, businesses, training centers, colleges and universities, state and federal government.

And while the numbers may vary from study to study and region to region, there does seem to be a general consensus about where the growth in jobs will come in the next two to five years. That “where,” however, doesn’t refer only the industry or job type, but also to the geographic location.

So, while most high school students are at least starting to think about what kind of career they would like to have and the skills or degree they might need to attain that, a couple of questions to add into the equation might be: Where do I see myself living in the next five years? Am I willing to relocate to take advantage of better job prospects?

Let’s take a look at some of the hot prospects for jobs through 2020 as well as hot spots for job growth across the country, and see where they might intersect.

High-skill jobs, which require a four-year bachelor’s degree at least, such as software developers, computer engineers, data analysts, physician assistants, software developers and petroleum engineers, “are expected to become the most lucrative and highest demand professions in the next three years,” according to a USA TODAY analysis of workforce projections by Economic Modeling Specialists Intl., a division of CareerBuilder. It is projected that 1.8 million new high-skill jobs will be created by 2017; that is about a 6% increase from 2013, and will account for 27% of all new jobs in the next three years.

And a recent Fortune magazine article listed “The 6 most promising industries for the Class of 2015” as:


Middle-skill jobs, those that require some post-high school education but not a four-year degree, are expected to make up nearly 40 percent of job growth by 2017, according to the USA TODAY report. By 2017 an estimated 2.5 million middle-skill jobs such as dental hygienist, radiation therapist, commercial driver and firefighter are expected to be added to the workforce, accounting for nearly 40% of all job growth, according to the USA TODAY report. Such jobs pay $13 an hour or more—and sometimes much more.

Significant job growth in most high-skill jobs is expected in four Texas metros, three in Utah and three in the Pacific Northwest with the creation of nearly 260,000 jobs. America's largest cities – New York, Washington, Los Angeles, Boston and Chicago – will generate 322,000 jobs as well.

These projections are subject to change, but give you a good idea of how location can impact the number of potential jobs in your skill categories that are available. Do a little research and poke around into a variety of metro areas.

Find out about the major industries, developments, cultural offerings, physical features, etc. The USA TODAY series includes a terrific tool for exploring jobs for college grads at http://www.usatoday.com/story/money/2014/10/14/jobs-for-college-grads-by-metro/16046989/; you can look up positions, locations, salaries, education level and more.