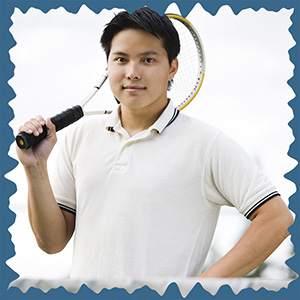 It’s unlikely that our parents and grandparents really had to walk uphill both ways in the snow to school every day. But there are a few things from the “good ol’ days” that they aren’t exaggerating or romanticizing: One, food was more healthful. Two, most families ate dinner together every night. Three, “playing” meant more than sitting on the couch playing video games. Four (and this is likely related closely to numbers one through three), children and teens rarely developed adult diseases like type II diabetes, osteoarthritis, or heart disease.

Things have changed. Today, almost a third of children are obese or overweight, and the proportion of obese adolescents has more than tripled over the past 40 years. While genetics play a role in determining weight, they can’t explain the rise in obesity rates. Instead, it is most likely due to what we eat, the way we eat and think about food, and how we exercise.
This variety of factors has parents, educators, healthcare professionals, and lawmakers scrambling for solutions, and for good reason. Obesity impacts an individual’s quality of life and lifespan. Childhood obesity may be soon be responsible for shortening the average lifespan of Americans for the first time in two centuries. And our healthcare system is far from ready to handle the influx of children and adults with obesity-related conditions.

Dissecting the diet
A quick look at what Americans are eating tells part of the story. We’re consuming much more fast food and five times more soda than we did in the 1950s, both of which are full of added sugar and empty calories. These processed and refined foods lack the fiber and nutrients that whole foods like fruits, vegetables, and whole grains offer, leading to the paradox in which some overweight and obese individuals are actually malnourished. This is especially a problem in low-income communities, since processed foods (which are made from government-subsidized commodity crops like corn and soybeans) are often cheaper than fresh produce.

Processed foods also find their way onto our plates more often due to the decline of the family dinner. Eating as a family is important because it usually means sitting down to a home-cooked meal and provides time for adults to model healthy eating habits. Cooking together allows children and teens to learn to cook and appreciate healthful meals. 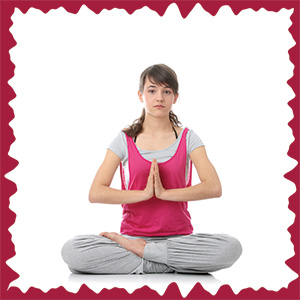 Examining activity levels
The number and quality of calories consumed isn’t the only issue. On average, students today are also burning fewer calories due to lack of time outdoors, increased screen time, and cuts to physical education programs at schools. Every hour that a child spends watching television increases his or her chances of becoming obese by 16 percent. Television poses a triple threat, because time in front of the TV often involves being sedentary, snacking on junk food, and watching food commercials -- the vast majority for fast food, junk food, and sugary cereals.

If there’s any good news in all of this, it’s that it’s not too late to reverse the rising rates of childhood and adolescent obesity. Organizations and individuals across the country, including First Lady Michelle Obama, the NFL, and the National Wildlife Federation, are working hard to get kids eating better, exercising more, and spending more time outside. But there’s no need for us to wait for an overhaul to the food industry or school lunch system to start making healthy lifestyle changes to our own lives.

According to Kristen T., who was a college athlete, high school is the perfect time to take responsibility for one’s health. “I played three sports in high school, so I was getting enough exercise that I never had to worry about my weight,” she says. “But then I realized that eating healthier and doing things like packing my own lunch improved my performance and helped me stay fitter during the off-season.”

A bright spot: Childhood obesity leveling off?
The U.S. epidemic in childhood obesity may be stabilizing, according to a study published in the October 2013 issue of the journal Pediatrics. The study analyzed data from students ages 11 to 16, collected in 2001, 2005 and 2009 about their diets, physical activity, and height and weight.

In 2009 and 2010, the adolescents exercised more, watched less TV, ate more fruits and vegetables and drank fewer sugary drinks than children of the same age did in 2001 and 2002, the study found. Obesity rates leveled off at 12.7% for this age group nationally. And the proportion of children in grades six through 10 who were overweight declined slightly from 17% in 2005 to 16.6% in 2010.