Are You 'College- and Career-Ready'? 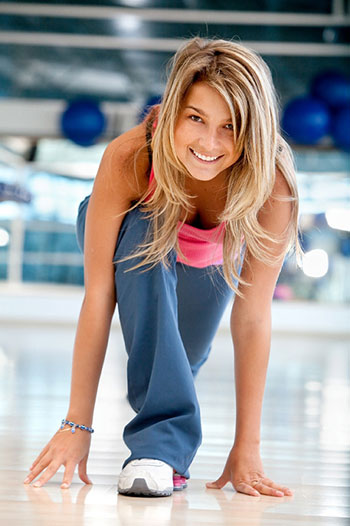 “College- and Career-Ready Students”, a research review published on the Department of Education’s website in May 2010, pointed out that the academic standards by U.S. states do not, in many cases, “reflect the knowledge and skills needed for success after high school, either in further education or in a job.” It seems pretty clear, then, that the U.S. Department of Education expects schools to better prepare their students for successful college and/or career experiences.

According to some recent statistics, it’s probably a good idea that American schools step up this part of their game. In an April 2010 hearing before lawmakers regarding the re-authorization of ESEA, Cynthia Schmeiser, president of ACT (yes, the test people)’s Education Division, argued that there’s good reason to worry about how today’s high school graduates are handling the academic demands of college. Of the 1.5 million high school graduates who took the ACT in 2008–2009, she reported that 33 percent were not ready for college-level English, 58 percent were not ready for college algebra, and 72 percent were not ready for college biology. Overall, she said, only 23 percent of all test takers were ready to enter college-level courses without remediation (extra courses to get students up to appropriate levels) in any of the four subject areas. This last part—the time and money spent on remedial courses—should be taken very seriously. As remedial classes add time and costs to a person’s college career, they have great effects on the rates of college students who stick it out to finish their degrees. Remedial courses, after all, generally cost the same as all other college courses, but do not get counted as credits toward one’s major. Many experts have linked the requirement to pass such courses to scary-low college completion rates in the U.S.—as in four in ten students actually completing a four-year degree within six years, according to 2007 report by the National Center for Education Statistics (NCES).

Building momentum to prepare yourself academically
According to over 20 years’ worth of NCES data, the best way to predict a student’s college success is by the “academic intensity” of his or her high school classes. In 2006’s “The Toolbox Revisited”, analyst Clifford Adelman recommended that, in order to put themselves on the best tracks toward college-degree completion, high school students should create academic momentum by enrolling in challenging courses. The study actually compares various high-school course selections and picks the ones that have correlated into favorable rates of college degree completion. For example, the study found that the combination of completing Algebra 2 in math and taking three years of core science classes is a better momentum-setter than three years of foreign language or even Advanced Placement (AP) classes. If students can roll this momentum into college and earn at least 20 credits in their first year, the predictive effect on eventually earning a degree was astounding.

“Twenty [credits] turned out to be the magic threshold,” said Adelman, and he’s not kidding: of college students studied, a whopping 78 percent who crossed the 20-credit line in their first year went on to successfully complete their degrees. Though it might make high school seem like an awful lot of hard work, Adelman recommends that students be honest with themselves about what they want after high school, then not wait for people to do things to them or for them to help them succeed. Interestingly, he suggests that students make their high school course decisions as adults do with investment decisions: as exchanges of current effort for future, larger payoffs.

Wait! To be college ready, you should also…


Here’s where it starts to get slippery. Though all that great data has been put together about which classes add up to an effective college preparatory experience, is there more to being college-ready than just what your high school transcript says about you?

When asked about what he considered it meant to be “college-ready”, Bertel King, Jr., a junior at the College of William and Mary in Williamsburg, Va. (and regular contributor to this publication), focused more on matters of personal discipline, focus, and habits.

“College isn’t about being the smartest student, as long as you’re willing to work at it,” he said. “[To be ready for college, someone] should be ready to be independent and assume some responsibility for their life. A college student is able to organize things—from their room to their priorities—by the time they graduate.”

Like King, David T. Conley, the director of the Center for Educational Policy Research and author of “College Knowledge: What It Really Takes for Students to Succeed and What We Can Do to Get Them Ready”, believes that several other, harder-to-measure qualities are worth developing to produce the most college-ready students. Qualities like self-management skills and knowledge about the culture of college—including how to choose and apply for the right one—must also be considered in experts’ planning about how to increase levels of college-readiness. Though such qualities would initially be difficult to gauge in a student and improve through teaching, Conley does see it as something that could one day be done. A Christian Science Monitor story published in 2010 said that Conley “envisions a combination of teachers’ assessments of skills that are hard to measure on tests and exams that require more sophisticated student responses.”

Almost as if on Conley’s cue, the independent bipartisan National Assessment Governing Board formed the National Assessment of Educational Progress High School Achievement Commission in May 2010 to study exactly these matters. The commission, led by former Mississippi governor Ronnie Musgrove, will make recommendations over the next three years—with the earliest to appear this fall—based on existing research and information gathered through public hearings and surveys of higher education officials.

Is ‘career-ready’ the same as ‘college-ready’?
When it comes to a student’s academic preparation, the answer is pretty much “yes”. If students think they can skate through high school because they’re not planning to go to college anyway, they might be surprised when they look into those two-year professional training programs or at places of potential employment. In other words, though so much of the current talk in education is centered on academic and skills preparation for college success, one shouldn’t assume that it’s aimed only at the college-bound. Indeed, today’s workplaces expect their employees to have knowledge and skill bases similar to those expected by colleges.

“Unfortunately, there are far too many in this country who believe that the level of achievement needed for high school graduates who want to enter workforce training programs is far less than that needed for those students who plan to enter some form of postsecondary education,” said ACT’s Schmeiser in her April hearing testimony. “According to our research, the level of knowledge and skills students need when they graduate from high school is the same whether they plan to enter postsecondary education or a workforce training program for jobs that offer salaries above the poverty line.”

Best Attitudes Only Need Apply
In addition to the knowledge and skills expected in the workplace, many believe it’s important to arrive with certain attitudes and understandings about the workplace in order to find success there. Much like the self-management abilities and collegiate-cultural awareness brought up by King and Conley, such attitudes include humility, patience, and a commitment to consistent hard work.

“Hard work combined with a good attitude is the tool to make you career ready and get you noticed in the workplace,” said Taylor Engler, who began her first post-college-degree job in 2010 after graduating from Syracuse University in 2009. A Marketing Associate with Teach For America in New York City, Engler (also, like King, a regular contributor to Student Paths) sees her early day-in, day-out career experience far more in terms of the personal qualities it tests in her—not necessarily in terms of a particular set of knowledge or skills. “People who succeed,” Engler said, “are not always those who have all the right background, education, or preparation—it’s those most willing to learn and who bring their best self to work every day.”

Also, Engler said that her experience thus far in the workplace has made her adjust some of her own expectations—and that in order to get fully prepared for the workplace, today’s high school students should be prepared to do the same. “In school you are more used to getting praise for a job well-done. That isn’t always the case in a busy work environment,”she said. “Just because you made the best copy of all time doesn’t mean the entire office is going to throw you a parade. Don’t allow this to discourage you. Keep pushing, working hard, and building positive relationships with everyone you meet, and people will notice you—whether they acknowledge it or not.”

So, just as though you’re preparing yourself for a successful college experience, keep in mind that the work world will expect qualities of you that go beyond what you can show about yourself on paper. However skilled/knowledgeable you might be in a certain place of business’s area of expertise, you’ll have to prove that you can be dependable, willing to learn and adapt, and continually hungry to contribute, to be given the shot to show off your skills and knowledge. Ask yourself and answer honestly: are these qualities where they need to be? And if the answer is “no”, get thinking about how you can improve them.