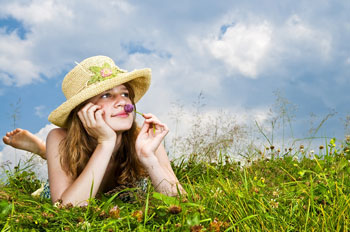 But not to worry, because despite what every adult in your life seems to be telling you, you have more time than you think. Allow me to explain.

When the time came for me to apply to college, my grades weren’t in as good of shape as I would have liked them to be. I was an average student, I took a few AP classes and a few on level classes, I tried my hand (and failed) at calculus, but other than that my grades were fairly average.

Average, however, wasn’t going to get me into the school I really wanted to go to. Despite having Aggie parents, I had my sights set on the University of Texas at Austin, with a plan to enter the communications school and pursue journalism.

However, I knew that getting into such a prestigious school was unlikely with my merely average GPA, so I applied to a few other schools, as well. I visited the schools I had applied to and, although I had gotten into them, none of them felt right.

It wasn’t until shortly after spring break that I made my decision. While UT Austin did send me a very polite rejection letter, not all hope was lost. I was offered admission into their Coordinated Admissions Program, or CAP, which is a program that allows prospective students who weren’t quite there an opportunity to enter the university as a sophomore, after spending a year at one of the UT system’s other schools.

So a few forms, bills and one orientation later, I find myself at the University of Texas at San Antonio, as a CAP student. If you had asked me a year ago if I could see myself coming to UTSA, hoping to transfer to UT Austin through CAP, I would have said no. But after visiting both campuses and really getting a feel for what I wanted to do, I knew this was the right decision.

Being a CAP student has been a relatively simple, easy process. So if your lifelong dream is to be a Longhorn, don’t write it off just because you may not be in the top nine percent of your graduating class.

In fact, getting to UT Austin through CAP has a lot of benefits. I’ve had the opportunity to start out in a smaller school without all of the distractions that come with a big city surrounding my campus, which has made the transition to college a lot easier than it could have been.

Instead of jumping in head first, I’ve gained the opportunity to slowly get used to the water before leaving dry land. Which is something I’ve really appreciated.

There are a lot of changes that accompany going off to college, or going off to do whatever it is you plan on doing, even if that means staying at home and working or going to a community college.

One of the main things that has become apparent through my first semester on my own is the change in my work ethic. Friends who graduated a year before me and who were in college always told me they studied all the time, but that they don’t really mind it. This is something I never truly believed, because as a high school student, I loathed the very thought of studying.

But it turns out they were right. I was used to being in school for seven plus hours a day, and now I only have class for three hours every day, giving me more time to study. Also, I now have a clear goal in mind and I’m getting closer to it every day.

There are a million possibilities when it comes to what you decide to do after you graduate, but the important thing to remember is you have time to decide. This isn’t a decision you want to rush.

Enjoy this process! You’re at an exciting time in your life and you should definitely make the most of it.