Don’t Worry, These Aren’t the Best Days of Your Life 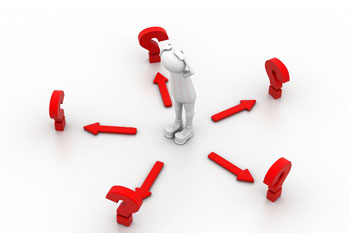 If the title didn’t draw you in, maybe this will: the things that most of you have lost sleep over in high school will mean nothing two years from now. In the grand scheme of things, if you’re lucky, the people you dated, parties you attended and teams you were on will be long forgotten. High school is a game, and the apparent “winners” are rarely winners in the long run.

My freshman year, dozens of people told me not to get caught up in the petty, unimportant stuff, unfortunately, I found this advice too cliche and completely ignored it.

I spent years stressing about if I had the right friends, enough friends, a cute enough boyfriend, if I was considered generally attractive to the majority of people, if I talked enough but not too much in class, if I was well-liked, which characteristics I should show off and which I should hide, if I was cool (what does that mean, anyway?) and basically any other personal attribute that could be taken into consideration by anyone else. Fortunately I realized, before it was too late, that what other people think of me is none of my business.

Don’t get me wrong, just realizing what’s important is only half the battle. It’s definitely not easy to be the only one in the room who didn’t go to the raging party on Saturday night.

I’ve often wondered if by choosing to stay out of certain aspects of typical high school life (typical, of course, being a relative term) I was ultimately deciding to isolate myself. For a while, I hid behind certain things (I’m Catholic, I’m a cheerleader, my parents would kill me) to stay out of trouble.

It worked, but I didn’t fully understand why I didn’t want to drink, do drugs or sleep around when it seemed like almost everyone else did. Little did I know, I was ahead of the curve and my good decisions soon caught up in the form of good grades, scholarships and, above all, respect from others.

So here’s where the advice comes in: never fall victim to the hype that drinking, smoking, or anything other than being yourself, will make you happier or more popular. Truth is, the majority of high school students don’t participate in the former, and doing bad things won’t “win” you friends, or at least not ones who are of good quality.

Also, your future is something that should carry the most influence over your decisions. Once I picked a college, I had a tangible goal which kept me on track and out of trouble. Knowing all the exciting things you want to do with your life, no matter what they are, is more than enough motivation to inspire success in general and to help brush off the ever-present distractions.

I realize that advice is only worth what you pay for it, and people will only take the advice that they want to. Hopefully you, the readers, will at least think about what I’ve warned you against.

I promise my advice is sound, it was derived from four years of happiness, angst, confusion and all the other crazy loops high school has thrown at me. In a few years, your status in high school will be long forgotten and the decisions you made in the past will be the only thing that follows you to college.

I decided that I want to be a successful student, get a job at a major news network, eventually get married and become a mother. Once I realized that the social clique to which I belonged in high school made absolutely no difference to those goals, I was able to focus and finally able to be happy.