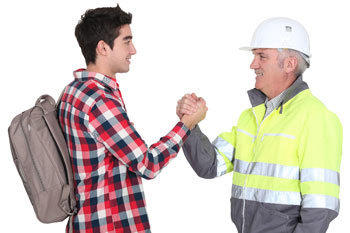 Antonia Fraker was a motivated, intelligent, ambitious high school grad. But immediately after graduation she wasn’t headed to an Ivy League, or even a community college. At least not right away, and she’s not alone.

With increasing pressure to achieve, more American high school graduates are feeling burnt out before they even receive their diplomas. But some, like Fraker, have found relief in a trick their British counterparts have known about for decades: the “gap year.”

While taking time off from school has been known by some as territory for dropouts and those destined to professionally wait tables, the gap year is hardly for slackers. Fraker spent the fall after her senior year working as a reporter at a New Zealand newspaper, followed by studying Buddhism and Hinduism in India. Other students pursue activities such as teaching children in Africa, studying coral reefs in Australia, or doing conservation work in Zambia.

But whatever the activity, gap years are catching on. Education experts from Harvard University’s dean of admissions to the National Association for College Admission Counselors (NACAC) have endorsed the idea of a year away from school, and an increasing number of would-be college freshmen are taking heed, and taking off.

“Many colleges feel that students come back after a year prepared to study, prepared to be a college student,” said Judy Hingle, Career Connections Specialist at Fairfax County Public Schools.

Some insist that postponing college can help ensure that students will succeed once they enroll. According to Harvard dean of admissions and financial aid, William R. Fitzsimmons, about 20 percent of Harvard students take time off at some point before graduating. And Harvard’s overall graduation rate, roughly 98 percent, according to U.S.News & World Report, is among the highest in the nation.

Fraker was one of those success stories. After her gap year, she enrolled in, and graduated from, Harvard University.

“There’s a myth that the real world is so wonderful that once they’re out there they’ll never want to come back,” said Gail Reardon, founder of Taking Off, a consulting group that helps students plan gap year activities.

However, in her 11 years of advising students, she can’t remember one student whom she consulted who didn’t continue on to higher education.

“Americans are so grossly uncomfortable with unstructured time,” said Patrick Combs, author of the national bestseller “Majoring in Success: Make College Easier, Fire up Your Dreams, and Get a Very Cool Job.” As a result, he said, “a lot of students feel like they just floated into college and just floated right out.”

That was almost the case with Turner Floyd, a Taking Off alum. After heading straight from high school to George Washington University in Washington, D.C., Floyd started to feel exhausted.

“There was a lot of pressure from [my high school] to go straight to college,” said Floyd, now a business development manager at Make Up Forever. “I should have taken some time off; I was not in a good place.” So Floyd spent some time away in Kenya teaching English, creative arts and HIV education to children in the city of Nairobi.

“My eyes were opened to a lot of things,” Floyd said. She came back and gained motivation from her trip: She was committed to global AIDS education and was an officer for the Global AIDS Campaign student group on campus.

According to Patrick Combs, experiences like Floyd’s are common. “Students who take time off come back ... and they’re a mile ahead of others,” he said. “Post-high school is about taking control of your life. If parents aren’t keen on the idea initially, make a case for it.”

“They can build on those experiences, and it can give them advantages over other students applying for jobs and internships.”