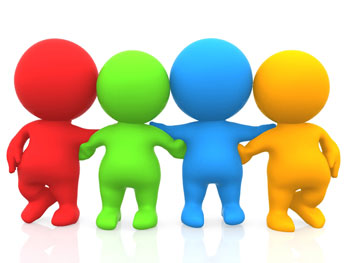 College brings many changes, and for some people, it means leaving behind their high school friends. However, one of the greatest ways to meet new people and get involved is to join a student organization.

Student organizations of every kind exist on campuses across the country.

“If you’re involved with groups in high school, getting involved in college is a good continuation,” Kim Harrison, assistant director of student organizations services at West Virginia University, said.

Alexandra Coffman, a senior majoring in history, continued her high school involvement in 4-H at WVU. She is currently the president of the group and helps organize group activities.

“Making friends is the biggest benefit,” Coffman said. “Almost all my friends I’ve met through a student organization. My best friend I met in band. Connections are such a big thing because I don’t see my high school friends as much.”

Being involved is more than a social thing. Hilah Zia, a senior in business marketing, is president of the National Society of Collegiate Scholars at WVU, and lives in a sorority as well.

“Besides the social aspects, the major things I’ve gotten out of student orgs is learning to be professional and managing my time,” Zia said. “I have to stay on top of everything as much as possible.”

Don’t think that you won’t have time for student involvement. Many students maintain high grades, are involved, and work part-time.

Students who are involved also have more successful college experiences.

Involvement often leads to networking opportunities that will help your career down the road. Benjamin Seebaugh, a sophomore in political science and international studies at WVU, has made many connections because of his involvement.

“I’ve always been interested in politics,” Seebaugh said. “When I first moved into the dorm, I saw a flyer for Young Democrats at the organization fair and checked it out.” Through YD, Seebaugh soon got involved in political advocacy, community service and fundraising.

Seebaugh became a leader his first year, and met a state delegate. The delegate offered him an internship his second semester, and since then he’s met the U.S. senators and representatives of West Virginia, the governor, and the city council of Morgantown. This summer, he will start his second internship, this time in Austria with the U.S. Department of State.

If you think you’ll be lost at college, especially at a big school, get involved with student organizations.

“Remember that college isn’t just about academics, but about working together with people and even socializing,” Zia said.

“I’d definitely recommend student orgs; I can’t speak highly enough about them,” Seebaugh said. “My college experience would be nothing like today if I wasn’t involved with student organizations.”