I cheer for professional baseball players who proudly call themselves idiots. I was hooked on an MTV show starring a washed-up rocker who can’t speak in full sentences because of all the drugs he’s done. One musician I listen to is a rapper who has been shot, and lived.

Do I have a right to like and support all of the above? Of course I do. Hopefully, you are not judging me. But are these people paving the way to a brighter future as the Rev. Martin Luther King Jr., or Gandhi did? Not so much.

In their defense, the Red Sox, Ozzy and 50 Cent never asked for such comparisons. Does it come with the job? Do they have a moral obligation or responsibility to be a role model? Your guess is as good as mine. 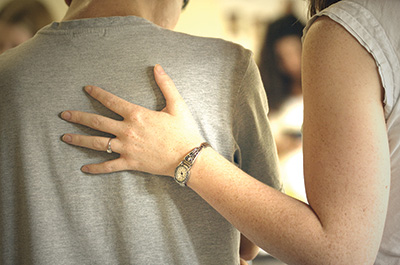 There are other people we can choose to look up to: The mothers who are raising their kids alone, or better yet, props to all couples who stay married. The educators who devote their careers to youth, better yet to all educators who inspire students to greatness. The entrepreneurs in your hometown, better yet to all entrepreneurs who find ways to give back and contribute to your community. To all students who go and will be going to college, better yet the students who need to work two jobs to make it happen.

This quiz was circulated on the Internet. Take it:


How did you do? The point is, no one can remember all of the headliners of yesterday. These are no second-rate achievers. They are the best in their fields. Just remember that the applause dies. Awards tarnish. Achievements are forgotten.

Here’s another quiz. See how you do on this one:


The lesson: The people who make a difference in your life are not the ones with the most credentials, the most money, or the most awards. They are the ones who care!

Take a minute to think of how often you are given acknowledgements. Now think of the best compliment you have ever received: Who gave it to you? How did it make you feel? Just imagine how your classroom, school, friendships and your family relationships would be if you acknowledged others more often.