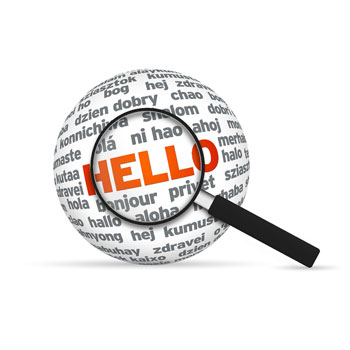 Studying a foreign language is good for you. That’s what you’ve been told, anyway.

You’ve heard about research showing stronger English language skills in kids who have studied foreign languages. You’ve also probably heard, “You’ll never get into a good college without at least two years of a foreign language.”

You might even go to a school that has made it a graduation requirement. Still, when you work so hard conjugating verbs, studying vocabulary and practicing for oral exams, sometimes the whole “do-this-because-it’s-good-for-you” thing just doesn’t do that much for you. Though you get good grades because you’re interested in how language is put together and because you like to succeed at whatever you do, you wonder where your efforts will end up.

You don’t see yourself becoming a Spanish or French teacher or writing English subtitles for films. You’re not even sure you want to go to college! What good then is this language you’re learning?

Armed with a foreign language
You might check out the foreign language-related careers in the United States Armed Forces. They place proficient speakers of non-English languages all over the world to help military personnel make crucial decisions about matters of national security. Military linguists play a large role in military operations by helping to provide the best possible understanding of foreign cultures.

By translating verbal language and/or monitoring and analyzing nonverbal communications (radio broadcasts, newspapers, computer messages, etc.), military linguists often deal with the raw information officers use to make tactical decisions. The information these linguists work with can be so important to military decisions and operations that several require high security clearances.

“The Army needs soldiers that are either native speakers or can be trained to be fluent in language and culture so we can better understand the needs of the nations where we’re serving and to offer the best possible training to forces of those nations,” says Brian Lepley, U.S. Army Recruiting Command public affairs officer.

Put it to the test
To be considered for such jobs, enlisted members of the Armed Forces (Army, Navy, Air Force, and Marines—all branches have linguist opportunities) must have their language-learning abilities assessed. Enlistees take a test—the Defense Language Aptitude Battery (DLAB). They are then assigned a language to study according to the Forces’ needs and their score on the DLAB.

If an enlisted member is already proficient in a non-English language, they can demonstrate their level of skill by taking the Defense Language Proficiency Test and being placed directly into the Skilled Linguists Program.

Enlisted soldiers who have taken the DLAB and have been assigned a language to learn then report to the Defense Learning Institute in Monterey, Calif., where they engage in intensive courses of language study, typically 63 weeks in length.

Demand is steady, and standards are high
“The Army gets picky when signing up translators. We are looking for smart, mature, physically fit young men and women,” explained Lepley. “They must do well on two different qualification tests, the Armed Service Vocational Aptitude Battery and the Defense Language Aptitude Battery.”

Arabic, Pashtu, Dari, and Farsi are most needed now, states Lepley, with demand varying depending on where the Armed Forces are most involved. “The demand for linguists is very steady at approximately 1,000 a year,” he states. “Translator is a desired military occupation since the benefits of the education are very attractive to civilian business once an enlistment is completed.”