Outside the Box Carers: Animal Trainers 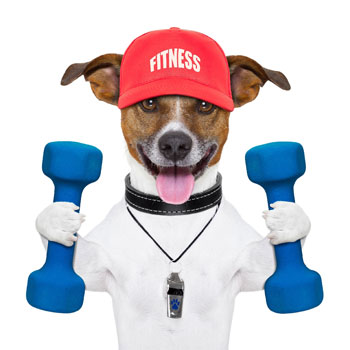 Joel Norton loved animals and knew he wanted to work with them. But he wasn’t exactly sure how to go about making a living out of doing it.

“It wasn’t until I was in an animal training school and worked with a rat and a hawk, (not at the same time of course), that I knew I wanted to be a trainer,” he said.

If you’ve ever dreamed of turning your passion for animals into a career, animal training might be the right fit for you.

Animal trainers work in a variety of arenas such as, zoos, wildlife rehabilitation facilities, movie sets, training academies, and as freelance trainers who go to their clients’ homes. Trainers experience a dynamic work environment and are continuously presented with vigorous challenges as they work side-by-side nature’s unpredictable but magnificent creatures.

Careers in animal training are in demand and constantly needed. According to the U.S. Bureau of Labor Statistics, employment of animal trainers is expected to increase 19 percent during the 2006-2016 decade, faster than the average for all occupations.

There are many ways to enter the animal training world. If you have identified which type of training you would like to do, there are specific training programs at animal training companies such as, Hollywood Paws, where trainers such as Joel Norton can help you to learn the tricks of the trade.

According to Norton, becoming a trainer at a place like Hollywood Paws requires a high school diploma and then moving into a school or college program that teaches animal behavior and diversity, as well as hands on training.

“Dog training for people is huge,” he said. “Around one in three people have dogs in the US and all of them need to be trained to be good companions. Being a dog trainer is a great ever-present career.”

SeaWorld trainers are very popular for their work with dolphins and killer whales, such as Shamu. The Shamu Team consistently recruits applicants with a well-rounded background in areas such as animal care and public speaking.

Potential trainers are expected to be excellent swimmers and typically have a background in lifeguarding or a history of being on a swim team. In addition, they like their candidates to be knowledgeable in the area of CPR, have a background in swimming, and preferably have a Scuba certification. A college degree is not required for the program, but it is preferred.

SeaWorld recommends that candidates spend time volunteering in vet clinics, shelters, and at aquarium and zoos.

According to the Shamu Team, “It is important to remember that all experience is valuable and there is no one single college, degree program, or qualification that will guarantee a job working with the animals at SeaWorld. It is the combination of experience, talent, and initiative that lends the best chances in this highly competitive field.”

Those that are considering becoming animal trainers should learn as much as they can about the industry. It is a great idea to reach out to professional trainers, such as Norton and the members of the Sea World Shamu team, to learn about their backgrounds and to keep in touch for networking and possible job shadowing.

Education-wise, trainers are expected to have an understanding of how to relate to animals, treat them properly, and perform basic training functions. This can be learned by enrolling in specialized schools that focus on animal training and taking courses such as animal studies.