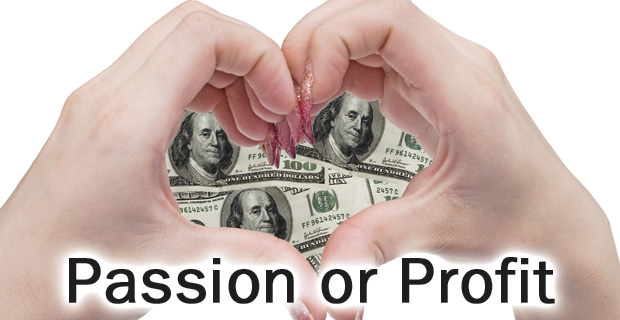 As a junior at Rocori High School in Minnesota, John Stielow had his sights set on becoming an algebra teacher. “I’ve always loved to do algebra or even math in general,” he said. “It was one of the only subjects in school that I really liked to do and look forward to almost every day.” Stielow is lucky that his passion aligns well with a career that has remained pretty secure despite the poor economy and dwindling job market. He can find a job that is both enjoyable and promising for him.

Not all high school students can say that. Many are struggling with college and career choices based on competing drives: pleasure and money.

Factoring in the economy
This tension is intensified in the throes of a recession when hiring is scarce: Should students follow their dreams even if those dreams don’t pay the bills and make them nearly unemployable? Or should they stick to career paths that offer more job and financial security?

With his goal, Stielow seems to be following both passion and profit. He loves math, and, according to the Occupational Outlook Handbook by the Bureau of Labor Statistics, employment of elementary and middle school teachers is expected to grow by 17 percent through 2020, with secondary school teachers seeing 7 percent growth. Fortunately for Stielow, math and science teachers are expected to be some of the most needed.

Not all sections of the current job market, however, have favorable outlooks. The number of unemployed persons was 12.7 million in June, according to the Bureau of Labor Statistics, making the average U.S. unemployment rate 8.2 percent. Yet, according to the Spring Job Outlook Survey 2012 by the National Association of Colleges and Employers, hiring will be 10.2 percent greater than it was at the same time last year.

Waiting out the recession?
So the job outlook is not hopeless, especially for high school students who have four or five more years (if they are going to college) to wait out the recession. Bob Bardwell, a guidance counselor at Monson High School in Monson, Mass., said the state of the economy today shouldn’t dictate your career plans for the future. “In four years, things could be very different,” he said.

Bardwell encourages students to not get discouraged if their interests don’t match up with a profitable or secure career. The recession has made the job market more difficult, but the types of jobs available also come simply with a change in society, he said.

“Technology changes it, the economy changes it, and there are jobs that are hot regardless. It’s important to focus on where society is at rather than if there’s jobs or not,” he said.

What are society’s trends now? Technology is booming, creating openings for computer specialists and biotechnology careers in the medical field. The world is also going green, opening up thousands of jobs for engineers and scientists to research and develop environmentally friendly energy. Baby boomers are retiring, leaving openings for young adults.

Go for the dream
Of course making a living is necessary, but counselors and students agree that following passions is extremely important. Marcy Morrison, a speaker and the author of “Finding Your Passion: The Easy Guide to Your Dream Career,” has worked with many adolescents in this area and warns, “If our work is not in alignment with our strengths and passions, we can find ourselves in some miserable situations.”

But, she said, “You should always strive to have a good attitude and do your best no matter where you are—you never know where it may lead you.”

Bardwell’s message to the students he works with has remained the same: Go for the dream. But he adds, “Go for the dream, but keep an eye on the reality of the job market.”

And keeping an eye on reality means that students need to understand that a recession makes the market “incredibly competitive,” Morrison said, so whatever students can do to stand out, the better. This includes completing internships and networking through teachers, coaches, or even professionals your parents might know. Morrison also emphasized the importance of students developing a short-term plan for getting a job that will pay the bills while working toward a long-term goal of a position they are passionate about.

Persistence will pay off
Although Stielow is willing to do the work, he echoes many of his peers in that he would like to be paid well for his work. To him, following your passion is doing something that you love and that you are willing to do almost every day. Morrison said people can have the best of both worlds—the dream job and the paycheck—if they have persistence and dedication.

“[They] need to realize that the long-term strategy of following their passions may mean that the money may not come right away, but if they stick with it, it will come,” she said.