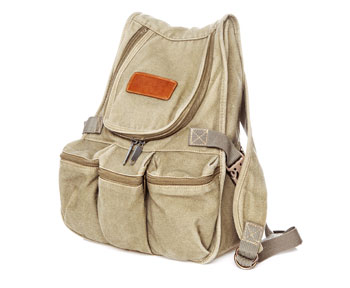 College is about more than getting a piece of paper with your name on it. For cadets in the Reserve Officers’ Training Corps, it’s about serving their country while preparing for the future.

ROTC is an officer training program for students who want to serve in the military following graduation. The Army, Air Force, Navy and Marines all have ROTC programs in colleges across the nation. While not every school has an active ROTC program, many programs are available in each state. Some schools even have multiple ROTC programs active at once.

ROTC prepares students to be officers in the military following graduation, and while qualifying individuals can enlist in the military after graduating high school, officers earn more than enlisted personnel and often have more responsibility.

“There’s a big distinction between officers and enlisted. As an officer, you will have more training, a college education, and will lead enlisted soldiers,” 2nd Lt. Kevin Autrey said. Autrey was recently commissioned in the Air Force after completing the Air Force ROTC program at Duke University at Durham, N.C.

Open to all types of students

Students from all walks of life join ROTC, from athletes to 4.0 students to students involved in other activities. The program is not specific to one type of major, tudents can major in teaching, science, math, engineering, nursing, journalism, and more. The military has room for all types of people.

“ROTC provides students with leadership experience, and makes them feel like a part of a team,” Capt. Michelle Blachowski, an Army ROTC instructor at Rutgers University at New Brunswick, N.J., said.

Being involved with ROTC does take time. Cadets have physical training (PT) several times a week, which is a mix of exercise and military training activities. Cadets also attend one class a week.

“ROTC is not just another club or training program. Not everyone is cut out to be an officer. It’s hard and takes a lot of sacrifice,” Autrey said.

The military has a tough stance when it comes to risky and illegal behavior. Cadets are expected to perform well in the program, their classes, and their personal lives.

“The program keeps students on the straight path, and focuses a lot on education,” Blachowski said.

ROTC is not for everyone. Cadets do drop the program from time to time. Common reasons to leave the program are: engaging in unapproved behavior (drinking under age, for instance), failing to meet program requirements, or simply changing one’s mind about serving in the military. Cadets who leave the program after accepting scholarship money are required to pay that money back, so students interested in ROTC will want to consider all consequences before joining the program.

Some students may be frightened by the prospect of being committed to military service, but not 2nd Lt. Frank Simon, a graduate of Embry-Riddle Aeronautical University at Daytona Beach, Fla.