What’s the big deal about STEM? 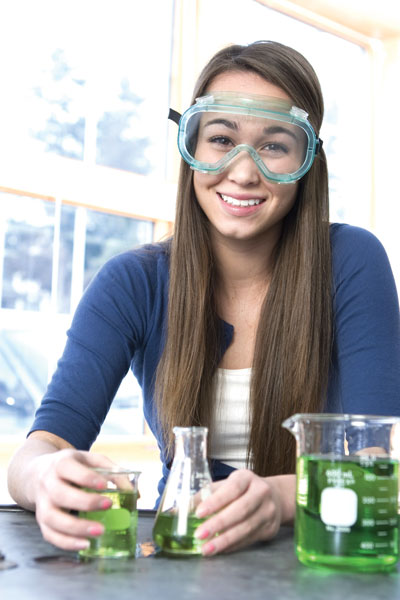 Why do all the good jobs in the U.S. seem to go oversees or to foreign workers? The reason isn’t necessarily because the labor is cheaper. One of the big causes is that there aren’t enough skilled workers in the STEM areas. STEM stands for science, technology, engineering and mathematics. Workers in these areas include those with high-tech jobs, scientists, research and development professionals, computer coders, video game designers and drafters.


Shocking STEM Stats
According to the site LessonCast.org :

• Only 5.6 percent of U.S. college graduates have a STEM-related degree.  In contrast, 28.1 percent of German students, 37.8 percent of South Korean students and 46.7 percent of Chinese students are STEM graduates. This means that a lot of science- and tech- related jobs go to people outside of the U.S..

• The number of STEM-related jobs available in the U.S. will grow by 21.4 percent, according to the U.S. Bureau of Labor Statistics.  This type of job growth is two times faster than normal.

• The U.S. cannot keep up with its own demand for STEM professionals. The U.S. Department of Labor reports that 15 of the 20 fastest growing jobs in 2014 will require math or science skills. With only a small percentage of college graduates with the right qualifications, the U.S. will continue to experience a shortage in workers.

• Less than 25 percent of the workers with a STEM job are women. Girls who do have a STEM career are most likely to work in healthcare or education.


If you graduate with a degree that will serve the technical workforce, there’s a good chance you’ll have no problem finding a job. The National Science Foundation reports that unemployment rates for college grads with a STEM-related degree are much lower than those with any other type of degree. Those with graduate and post-graduate STEM degrees experience an even lower unemployment rate and a higher salary. In 2007, even though the country experienced an economic crisis, over half of STEM workers earned $70,000 or more per year.

With pressures to produce more STEM graduates, many colleges and universities welcome with open arms students who are interested in STEM topics. While STEM college programs are sometimes competitive, they offer a plethora of benefits to graduates, including scholarships and job placement services.

Immigration and national security
Because the U.S. can’t meet its own demand for STEM workers, it has adjusted some  immigration policies so it’s simpler for foreign college students who graduate with a STEM degree to stay in the country and for immigrants to come to the U.S. to work in a STEM field.


The America COMPETES Act of 2007 calls for a greater investment in STEM education and workforce development starting in kindergarten. By better preparing high school students, the U.S. will eventually depend less on immigrants and multinational companies to fill STEM jobs and become more self-sufficient.

The U.S. Department of Defense  offers a handful of programs that support STEM initiatives and encourage young people to explore their scientific interests. One of the DOD’s programs is the Science, Mathematics and Research for Transformation (SMART) scholarship for those who want to earn a degree in a STEM field.

Long-term leadership depends on educating and molding the country’s future innovators. Are you one of these leaders? If so, you can help the nation become less dependent on fossil fuels, help find cures for diseases, explore the cosmos and stay safe. If you’re interested in exploring STEM topics,  consider doing things like volunteering in a hospital or creating your own website, and talk to your science  and math teachers for ideas and to learn about local STEM clubs and classes.

From STEM to STEAM

What happens when you combine the arts with science, technology, engineering and mathematics? You get STEAM. Scientific innovation isn’t possible without art because they both share a basic concept: creativity. The two also share collaboration, discovery and experimentation.

While the sciences are objective (based on facts) and the arts subjective (more open to interpretation), art is the tool that helps drive discoveries by posing essential questions. When science and art are partners, you get things like 3-D printers, movies, and photo editing apps on your phone. Since science can’t solve everything, according to theoretical physicist Max Planck, you have to complement it with art.

Creative people are those who aren’t afraid to make mistakes and ask the annoying questions that continue to fuel the scientific innovations that impact the world.