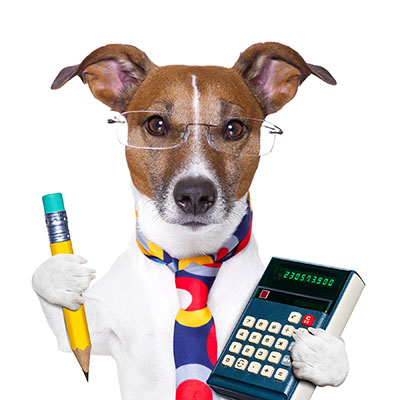 Once students start high school, many will also start working at part-time jobs. This means extra spending money for lunch out with friends, Friday night movies and savings for college tuition, but it also means filing a tax return.

To be a smart taxpayer, students should know the difference between filing as a dependent and an independent and the difference between a W-2 form and a W-4. But taxes can be complicated and confusing for anyone, especially 16- or 17-year-olds who are new to the working world. So taking time to understand the process of taxpaying and where your tax money goes can make paying them relatively simple.

A student’s tax situation is actually very straightforward because most students are only working part time and earning a few thousand dollars a year, said Curtis Kneisl, a manager for Jackson Hewitt Tax Service. According to Kneisl, the two most important things that high school students should consider are the amount of money they’re going to earn during the year and their dependency status.


Most students are claimed as dependents by their parents. To be a dependent, the student must live at home and be supported by his or her parents for the whole year and earn a gross income less than $3,900. However, according to IRS rules, if someone earns more than $3,900, lives at home with his or her parents and is a full-time student, that person can still be claimed as a dependent.

“[An] 18-year-old who wants more money to spend and has the time to work more but still lives with his parents, that situation will become between them and their parents, about who it benefits more to get the dependency exemption,” Kneisl said.

There is even more to consider once college starts. Someone younger than 24 and a full-time student can still be claimed as a dependent even if they’re not living at home. And there are education credits for college students such as tuition and fees deductions and student loan interest deductions that might be more beneficial for parents if they claim their student child as a dependent.

“When I work with clients of college-aged children,” Kneisl said, “ I recommend that it’s good to look at both situations at the same time and compare them to determine who’s going to get the most benefit for claiming the dependency exemption.”

Where does your tax money go?


When you get your paychecks, you might notice that “Fed/WH” or “FICA” is listed and that they are receiving a portion of your hard-earned money. Depending on how an employee fills out his or her W-4 form, a certain amount of their earnings will go directly to federal withholdings and “FICA,” or social security.

“Tax dollars are the total revenue for the U.S. government to run the country,” Kneisl said.


Specifically, about 22 percent of taxes went to social security in 2012, according to the Center on Budget and Policy Priorities website. Another 19 percent was spent on U.S. defense and international security assistance, and 21 percent funded Medicare, Medicaid and the Children’s Health Insurance Program.

If, at the end of the year, a person owes less than the amount of withholding he or she paid, he or she will receive a tax refund. The refund is based on what an individual earned during the year. According to the IRS, the average refund check was $2,803 in 2012.


“Pay your taxes”
Kneisl’s advice for students is simple: “Pay your taxes.” For the most part, high school students are going to have easy tax returns, he said.


Kneisl also advises, “When they first start working, they should determine how much they think they’re going to earn.” This is because as long as a student is working part time and earning a small amount, he or she can claim exempt, and no federal or state taxes will be withheld.

And of course, there will always be someone — employers or parents — around for you to ask questions. The IRS website also offers helpful information at www.irs.gov.