Taking Matters into Our Hands

Have you ever noticed that adults always seem to treat teenagers like we are 5 years old? I know I sure have. It seems almost impossible to get them to take us (and our ideas) seriously.

My first experience encountering this harsh reality occurred when I was just 13 years old. I came up with what I was convinced was a really cool idea to add games to our school newspaper. The newspaper advisor told me she couldn’t do that because there wasn’t enough room and besides, “kids probably wouldn’t enjoy them, so it’d be a waste of time.”

Well, I decided that rather than convince her the nice way, I was going to come up with some puzzles on my own and insert them in a few papers. Even though the students loved the idea, I not only got in trouble, but also lost some respect from my teacher.

Gaining and keeping respect from adults is a very difficult thing to do. Unfortunately it seems we have trouble reaching our goals because we’re “too young.” I, for example, want to one day become a politician. But because of my age and “lack of knowledge,” politicians won’t let me work for them or their offices.

Luckily I’ve gotten smarter since I was 13 years old. Instead of going behind people’s backs and doing what I want to do, I now think through a solution which will ultimately benefit me and the potential employer.

Since I couldn’t work for former President Bush, I decided to help make an impact in his campaign for president. I could get my foot in the door while meeting a few politicians in my area. Simple solution, right? Not quite.

The problem was that I was only 17 years old, and the campaign office didn’t want help from people under 18. So I was faced with the all-too-familiar problem once again: How do I prove to adults that I can handle myself professionally and excel in what they need me to do?

Then it hit me. I rushed home, put on some nice clothes (we’re talking the best of the Sunday best) and rushed back to the office. I sat down with the leader of the office and spoke with him about how much I love politics. I told him I believed I would be a worthwhile addition to the campaign.

Even though he had his doubts about my age, he finally decided to trust me; first by giving me little assignments like posting flyers, then more important ones, like going door-to-door to talk to people. I had a great experience, and to think none of it would have happened had I stopped when the first door closed on me.

I learned a very important lesson from my experience. I always thought adults were “mean” to teenagers because we are younger and have less knowledge. The truth is, while some adults limit us, we also limit ourselves, not only because of our lack of experience, but also because of how we present ourselves. 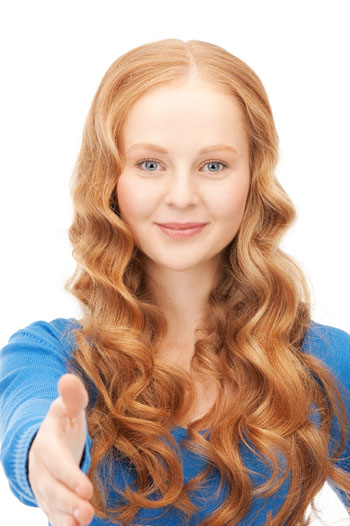 If I hadn’t worn the nice clothes, been persistent and had a controlled and civil conversation with the man at the campaign headquarters, I’d have ended up like my 13-year-old self; getting done what I wanted to do at the expense of or against the wishes of everyone else.

I tried out this new strategy again when I applied for a job at a local bookstore. I’ve heard that bookstores don’t normally hire teenagers, because they often steal the books.

I went into my job interview with my head held high (again, in the finest clothes I own). I interviewed pretty well. I shook hands, spoke confidently, sat up straight, all that good stuff. In the end, I didn’t get the job because the manager decided she didn’t need any more people to work for her. However, she gave me a personal reference as a witness to my character that I can now use anywhere else I apply!

If we want to be respected by adults, we have to realize that we are not always right (even if most of the time we are). Adults don’t like young egos or attitudes. They want to see youth who can be trusted and are willing to go the extra mile. So, go ahead and try the strategy out yourself, and don’t stop when that first or second door slams on you.