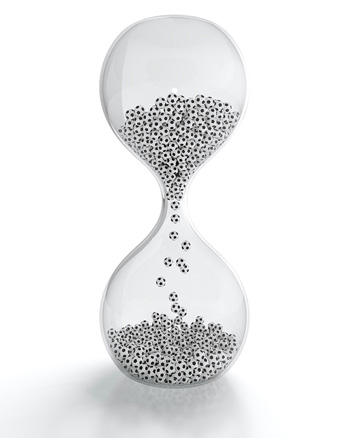 What are the characteristics that define a great college? Is it the academic reputation, ranking, alumni success, or prospects for employment for its graduates?

Originally, I had all these factors in mind when I was selecting an institution to attend. My experience has taught me that college should not only possess those qualitative factors, but it should provide you with a platform to become a better person. My college decision process took an unexpected turn, and that led me to a college that I call great.

During the spring of my senior year, I began receiving acceptance letters from a majority of the colleges that I applied to; however, the most important college to me, Georgia State, had not sent me an acceptance letter yet. I had my sights set on attending Georgia State -- I was impressed by their reputation in the South as a business school, and I enjoyed not only the atmosphere but also the ambiance of living in the city.

I started panicking as the months progressed with no response on the status of my application. That panic soon transformed to terror when I received a letter saying I was waitlisted.

It became clear to me that housing and financial aid would not be available by the time that they accepted me. At that moment I decided to begin the process of enrollment at institutions I had originally never imagined attending.

I went undecided until the last two weeks of high school and found myself rushing to choose an institution. I chose Kennesaw State University, mostly because my peers were declaring their institutions and I felt the pressure to have one ready. I had also missed the deadlines of the other schools that accepted me; I had waited until I received the letter from Georgia State to take action. In the end, ironically, I did receive an acceptance letter from Georgia State.

I came to Kennesaw with one thing in mind: “Get back to my dream school.” I even began creating a plan that would allow me to transfer there within a short period of time.

However, one thing happened that I never foresaw -- I began enjoying my experience. I was forced to come out of my comfort zone and enter an environment that challenged me on numerous levels.

After getting involved in numerous activities, I could see myself changing into a new person. I was introducing myself to strangers and not only having a conversation but also leaving a lasting impression, which is something that has always challenged me.

I formed friendships with many people who had similar aspirations. I soon realized that I could grow immensely as a person, and I began debating whether I should transfer to my dream college.

I learned that things will not always go as planned, and it is how you handle unexpected events that define who you are. In my opinion, I dealt with that unexpected event well, even though when it surfaced, I panicked. I turned an unforeseen event into positive results, and I’ve used all of Kennesaw’s resources to my advantage.

It is possible for someone to attend a college that is nationally renowned and be miserable. I, on the other hand, am extremely happy with where I am at.