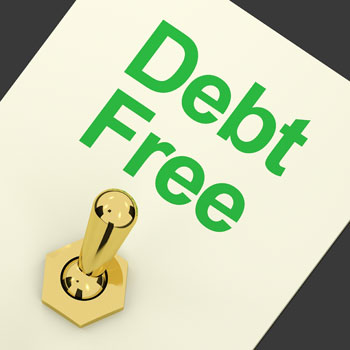 When Liz Bronfman decided to major in architectural engineering, she thought she had to go far from home to do it. After high school, she headed halfway across the country to Boston University since no schools in her home state of Missouri offered the program.

After a year and a half at BU, Liz was homesick for the Midwest and nervous about the large amount of student loans she was accumulating to pay for private, out-of-state school. She wished she could go to school closer to her family, but didn’t want to change her major.

That’s when Liz discovered the Midwest Student Exchange Program, a tuition reciprocity program that allows students from Missouri to attend school in Kansas, but pay the same tuition as an in-state student. She looked at schools offering architectural engineering and found Kansas State. She was sold. That spring she transferred and, four years later, graduated from one of the best architectural engineering programs in the country.

“Considering tuition alone, I went to school at K State for 4.5 years for less than it cost me in one year at a private school,” said Liz. “I cannot imagine the student loans I would have had if I stayed at BU for a four-year degree.”

Four regional groups oversee colleges and universities across the country and each runs a tuition exchange program that allows residents from member states to attend school at colleges and universities in other member states at a discounted rate of tuition. In addition, many states have individual agreements with bordering states that offer tuition discounts for neighboring residents.

“More than 20 years ago, the Western WICHE states met to see how they could best share limited resources for higher education. They drafted and signed the WUE agreement that would allow residents in the region to study at reduced tuition rates,” said Margo. “The participating states and public institutions agreed to tuition reciprocity as a way to diversify their student body and keep their under-enrolled programs filled and robust.”

While the school benefits from a larger, diversified applicant pool, students have the opportunity to attend schools out of state at an affordable rate, an experience many find important in their personal growth. Furthermore, tuition exchange programs often allow students to enter into programs not offered in their home state, as Liz did for her major.

“When I was graduating high school, I thought private school meant a more quality education,” said Liz. “Now I graduated from a state school in a program of study ranked number one in the country, all while paying in-state tuition.”

Each governing body and each institution has different rules regarding who qualifies for reduced tuition and how many students are accepted for the discount.

Students should do research on the programs offered in their home state and at colleges and universities that interest them to see if a discount may apply. Margo also noted that the earlier you apply to school the better, given the sometimes limited spots for reciprocity. Some programs also require that students apply separately for a tuition discount, so be sure to note the specifics of the program you’re applying to.

“I would recommend comparing programs you’re interested in and running the numbers,” said Liz. “When I was graduating high school, I had no concept of money and student loan debt. If I would have had someone sit down and crunch numbers with me early on, I probably would have chosen reciprocity right away.”